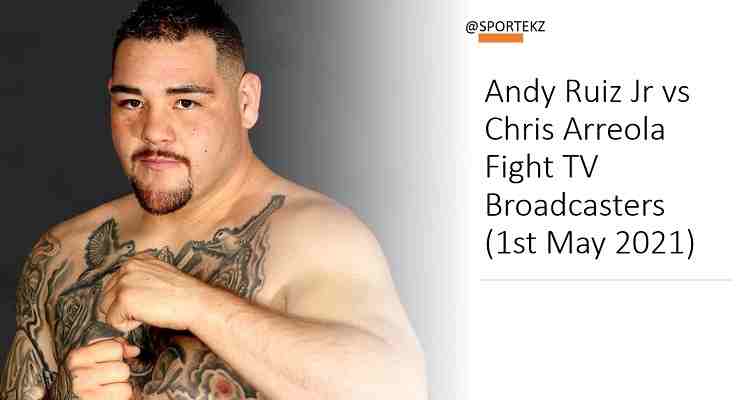 Andy Ruiz Jr shock the boxing gurus after dominating against (Anthony Joshua) in June 2019, but later a rematch take place between in Saudi Arabia which is won by (Anthony Joshua) on unanimous decision. After 1 year break, Ruiz Jr return to boxing ring and his weight is less compare to last two fights with (Joshua) in 2019. Chris Arreola also making comeback to boxing ring after 1 year break, he lost the fight Polish heavyweight boxer (Adam Kownacki). It’s a great chance for Arreola to prove him self in heavyweight division.

The 12 rounds fight schedule for 1st May 2021, behind close doors at Dignity Health Sports Park, the main pay-per-view card began at (5:00 AM) UK time, there are no reports yet about the channel that hold rights for fight in UK, In United States the fight coverage available on channel (Fox Sports). If any changes made to Andy Ruiz Jr Arreola stream tv broadcast in UK details updated here later.