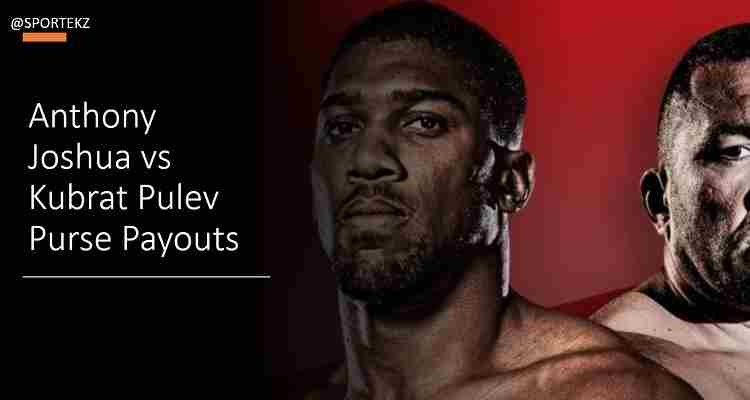 In December big boxing title fights schedule according to reported details, it is confirmed that Anthony Joshua returning to the ring and this time he will face Kubrat Pulev and defending WBA, IBF, WBO, and IBO boxing titles. The fight take place on 12th December behind close doors, there will be no gateway income due to covid-19. Joshua Kubrat Pulev purse payouts for the boxing title fight on this upcoming weekend confirmed.

The guaranteed payouts for Anthony Joshua and Kubrat Pulev reported. According to details, the British heavyweight boxer Anthony Joshua will make guaranteed money of £9 million, if pay-per-view sales stay strong on fight day he will earn maximum purse of (£20 million) which include ppv share revenue.

His opponent, Kubrat Pulev will earn £3.5 million and earnings will increased to £7.5 million based on ppv share revenue. Pulev previously earned career highest purse money against (Hughie Fury) in 2018, according reports $1.5 million guaranteed purse money for Pulev and Fury made $500k but no details released how much both boxers earned from ppv share.