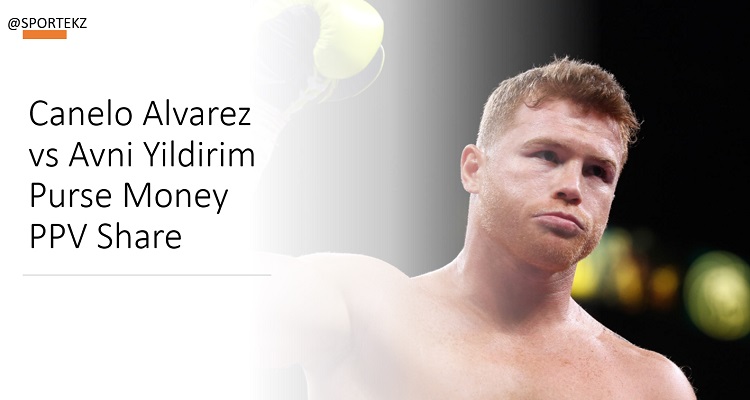 It is confirmed that, Canelo Alvarez will make $35 million purse money from this fight as he hold 11 fights contract deal with DAZN, the contract deal made him best paid boxer in the world and listed among richest athletes in the world according (100 Forbes) list of 2021. He recently dominate fight against British boxer (Callum Smith) earn guaranteed purse money $15 million and $20 million based on pay-per-view sales.

Avni Yildirim hold a great chance to become the new champion of WBA (Super), WBC, and The Ring super middleweight title if managed to pull victory against Alvarez. Yildirim recently suffer defeat from the American boxer (Anthony Dirrell) for vacant WBC super-middleweight title. If there will be any changes made to current Canelo Alvarez Yildirim purse payout the information provided here later.