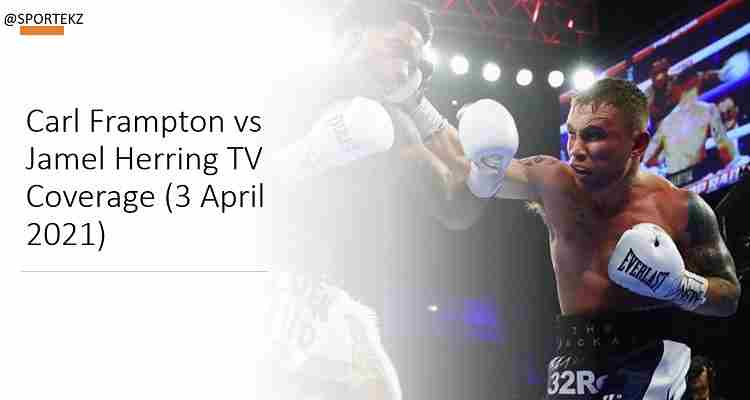 Carl Frampton, after winning back to back three fights earned the title shot against Jamel Herring, his fight earlier schedule in the month February but due to rising cases of corona-virus date postponed and now take place in UAE. According to boxing sources Carl Frampton £350k guaranteed purse for this fight and if pay-per-view sales record higher than expected his earnings increase to £1.2 million. No information released about tv rights money for both boxers.

Jamel Herring, undefeated since 2018, hold winning streak of 6 fights. This week, he will defend his WBO junior lightweight title third time. His guaranteed payout for this fight £500k and increased to (£2.5 million) on base of pay-per-view sales. if any changes made Carl Frampton Herring stream tv broadcasters details will be updated here later. The main-card telecast live on (ESPN+) in US and Channel 5 hold tv rights in UK.