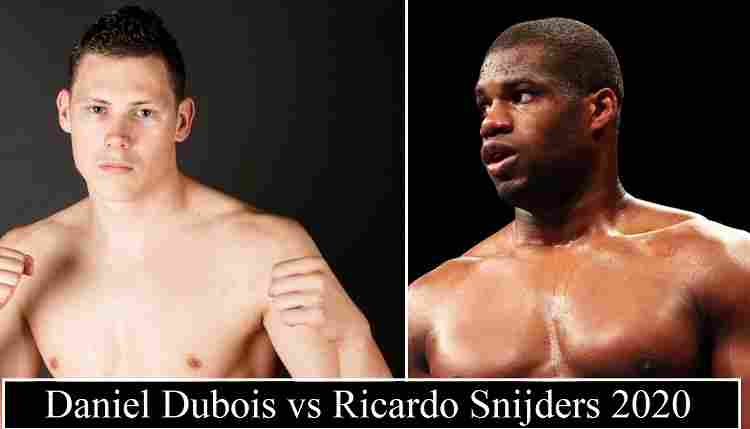 All pay-per-view fights will broadcast on BT Sports Box Office in United Kingdom. In United States, the fight between Dubois and Snijders telecast on ESPN channel. After this fight (Daniel Dubois) next fight take place in October 2020 which is previously schedule in March but could not take place due to covid-19. Dubois currently hold record 13 out 13 fight wins which include (11 knockout) results.

The fight start according to UK time at 11:00 pm (BST) and the ring reported to be at (10:30 pm BST). Ricardo Snijders is a replacement boxer for German boxer (Erik Pfeifer). All fights held behind the close door, there is no gateway income generated all revenue for the fight will come from pay-per-view sales.

The above Daniel Dubois Snijders stream tv coverage information based on boxing channels who hold rights for main-event fights in their territories. These channels broadcast big fights include (Anthony Joshua, Dillyan White, and Tyson Fury).