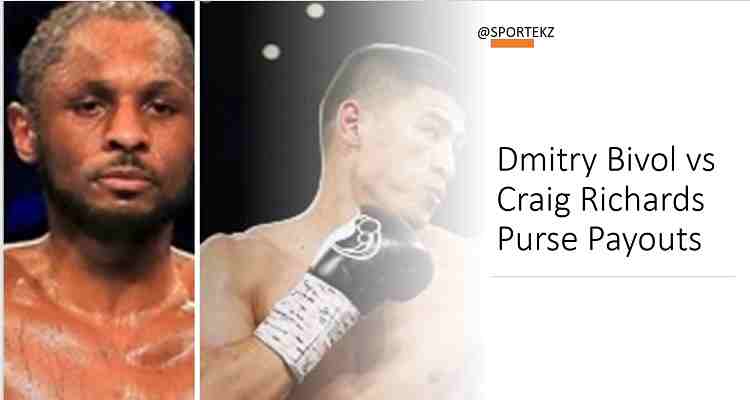 Shakan Pitters, lost the title fight Craig Richards last year in December 2020, that gives advantage to Richard to get pay-per-view fight against Russian opponent (Dmitry Bivol) who is currently undefeated. A rematch between Richards and Pitters may take place after Bivol fight. The given payout details regarding to Craig Richards based on his previous fight earnings.