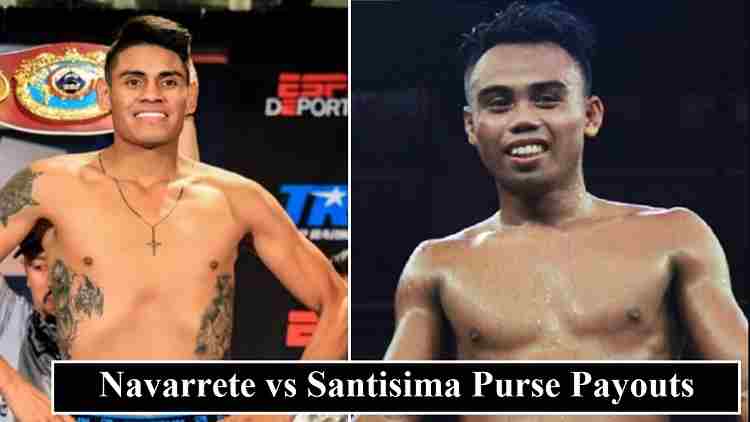 There is no pay-per-view revenue share for both boxers. Navarrete purse compare to Santisima will be higher. He is defending his title WBO super bantamweight on Saturday at MGM Grand Arena for the fifth time. How much both boxers Navarrete Santisima purse payouts you can see in the given table below.

In the above table you can see the revealed purse money for the both boxers. According to reports, current champion Navarrete make ($300k) from the fight win or lose. Santisima will earn ($25,000) which is his career highest purse money so far.

All information regarding to boxers purses, collected from trusted sources. If the purse money increased or decreased updated here later. Some boxers received extra money which comes from tv rights and pay-per-view revenue if any of these boxers received a share from that you can see the information here right after the fight.