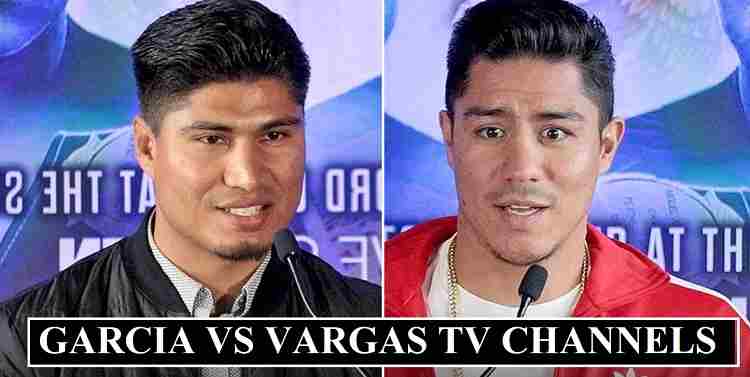 February becomes the top boxing month. History in Heavyweight boxing already created after Fury and Wilder fight. Mickey Garcia and Jessie Vargas fight the last big pay-per-view of the February 2020. The fight schedule on 29th February at Ford Center at The Star, in US. Garcia Vargas stream broadcasters announced.

DAZN hold the official rights of the fight in United States. It’s the first first of Mickey Garcia broadcast on Dazn who got short term deal with Match Room boxing. The preliminaries fights start from (6:00 PM, ET) and main card fight began at (8:00 PM, ET) according to US time. Mikey Garcia lost his previous fight from Spence Jr but hopeful to get first major victory in year 2020.

Jessie Vargas, making return to the ring after 9 months. Vargas dominated against opponent (Soto) in the previous fight held in April 29, 2019. Vargas previous fight telecast on Dazn channel. It’s great chance for Vargas to make proper comeback and get a chance for the title fight in 2020.

Vargas vs Garcia Purse : The purse for the fight not yet announced but both boxers earned $1 million as according to their previous fight. Vargas make maximum $1.2 million from the fight. It’s Mickey Garcia first big fight in short term deal with Match-room boxing, he also earn close $1 million.

Vargas vs Garcia TV channels (Worldwide) : In Canada, Dazn telecast the fight. In UK, the fight coverage will be broadcast on Sky Sports Arena. You can watch the fight on your mobile, tablet or desktops through sky sports app. Australia, mostly fight telecast on (Main Event) channel. Mexico fight may be schedule on (TV Azteca).

Garcia vs Vargas Stream (DAZN) : The official broadcast rights for the fight hold by DAZN. But how much it cost you to watch the fight. DAZN recently provided the price of the subscription. For one month period you need to pay ($19.99) and for whole year boxing fights ($99.99). In Canada, Dazn hold the official rights for main pay-per-view card fights. It cost ($20 CAD) for monthly and $150 CAD for annual subscription.