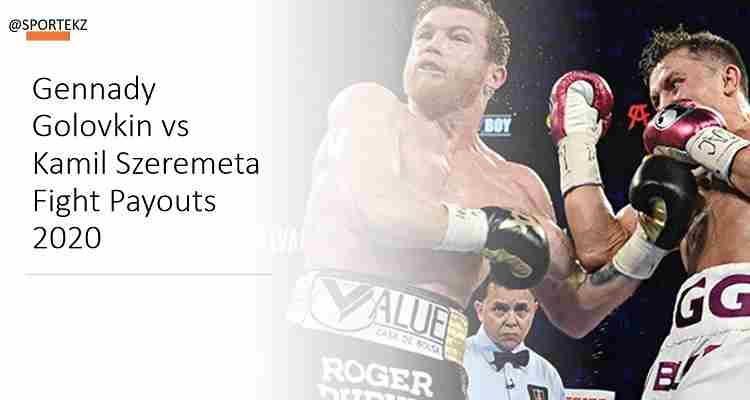 The big pay-per-view fights for December 2020 boxing calendar announced, this week Gennady Golovkin return to the ring where he will come head to head with the polish boxer Kamil Szeremeta and defend his boxing middleweight titles. According to boxing news sources this fight take place behind close doors, which means no gateway income generated. Gennady Golovkin Szeremeta purse payouts based on their fight contract with promoters.

Gennady Golovkin hold a strong contract deal with DAZN, he will make $15 million from his previous fight. This upcoming weekend Golovkin will earn $7 million guaranteed purse and $2 million to $4 million based on pay-per-view sales if they stay strong on fight day, he will received extra $1.5 million from sponsorships if manage to pullout the victory against Szeremeta.

It is a very first major pay-per-view fight for Kamil Szeremeta, he will received $1 million to $1.5 million guaranteed purse money, if pay-per-view sales are more than expected his earnings increase from $1.5 million to $3 million based on ppv shares distributed among boxers. The complete payout details will be released once the pay-per-view share revenue. The given details regarding to Gennady Golovkin Szeremeta purse payouts based on their previous fight earnings. DAZN will broadcast main (Golovkin vs Szeremeta) fight.