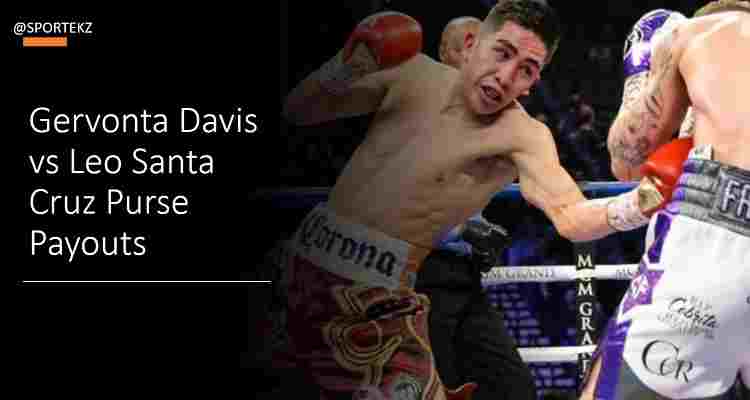 Gervonta Davis who got professional record 23 fights undefeated in boxing career earn career highest purse upto $600k previously when his fight co-main event of Conor Mcgregor and Mayweather Jr ppv card in 2017. He will set new record for purse money in the fight against Leo Santa Cruz upto $1 million guaranteed and pay-per-view revenue share of (50%) which may not disclosed by the boxing promoters. The boxers received ppv share if the sales higher more than expected.

Leo Santa Cruz who hold winning record of 37 fights received career highest purse money in previous fight against (Miguel Flores). A news source reported that Leo Santa Cruz made $1 million purse money from the fight which does not include any ppv bonus that remain undisclosed by the promoters. The earnings of Leo Santa Cruz in the upcoming fight with Gervonta Davis increase and he will earn guaranteed purse of $1.5 million and purse share of (50%) if the ppv sales stay strong.

The details regarding to Davis Santa Cruz purse payouts taken from trusted sources of boxing, if any of these boxers received TV money from the fight, that will updated here later. The fight tv coverage rights of Davis vs Santa Cruz on 31st October hold by Showtime PPV in United States.