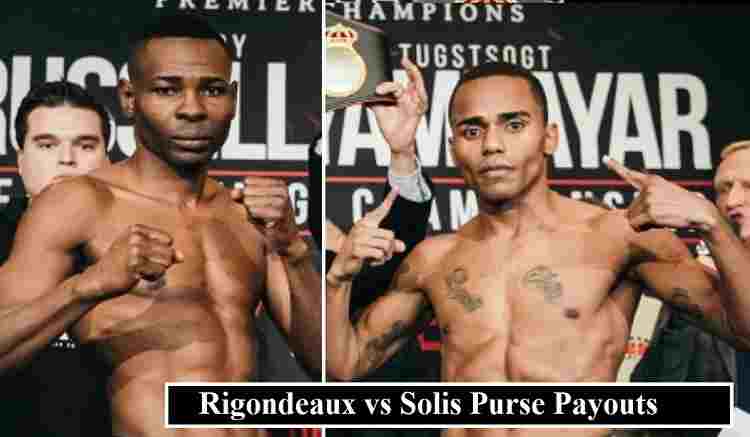 Guillermo Rigondeaux making return to the ring after June 2019. He will be facing Liborio Solis on 8th February 2020. After facing defeat from Vasyl Lomachenko, Rigondeaux make successful return 1 year later to the boxing ring and defeated (Giovanni Delgado) in 2019. Rigondeaux Solis purse payouts based on the sale of pay-per-view.

In the above table you can see how much Rigondeaux Solis purse payouts paid to the both fighters. The purse distribution based on the previous fight earnings. Guillermo Rigondeaux highest purse money so far against Lomachenko upto $400k. According to reports, Rigondeaux make $500k this time from the pay-per-view main card fight against (Solis).

It will be a difficult fight for the Liborio Soilis, because he is returning to boxing ring after two years. In his last fight, Soilis suffered defeat from Jamie McDonnell. Who ever win’s the fight become the new champion (WBA) regular bantamweight division on 8th February at PPL Center, Allentown, in US.

The Financial data based on boxers guaranteed purse collected trusted sources. Purse might be different, the above information about purse based on boxers regular earnings from the fights.