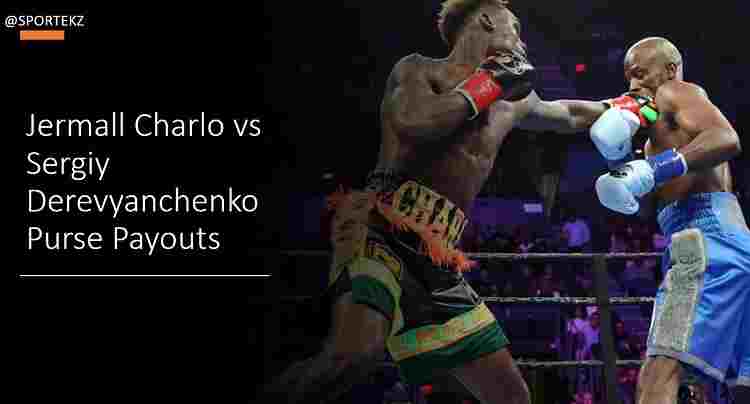 The major boxing fight of the September 2020, announced and take place in the last week of the month. It’s reported that, Jermall Charlo defend his WBC middleweight title against number one contender in the division from Ukraine (Sergiy Derevyanchenko). The fight take place behind close door, the pay-per-view share low compare to previous fight for both boxers. Charlo Derevyanchenko purse payouts based on the sale of pay-per-view.

If the pay-per-view sales stay strong the boxers will earn bit more than their guaranteed purse money. Jermall Charlo who is undefeated in his boxing career hopeful to WBC middleweight title third time in a row. His purse money hike from $500k per fight to $1.25 million on base of ppv sales record in his previous fight.

The detail of both boxers Charlo Derevyanchenko purse payouts based on their previous fight earnings and pay-per-view revenue share. If any of these boxers received tv money for the fight details updated here later. The fight tv rights hold by (Showtime and PBC PPV).