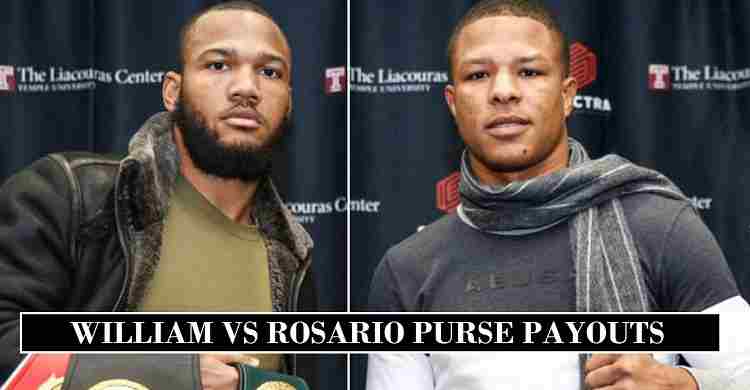 Julian Williams first title defense against the opponent Jeison Rosario. The fight schedule on 18th January at Liacouras Center, In Philadelphia, Pennsylvania, USA. Rosario has ok record in the boxing and recently win his fight against DeLoach and Clark. Williams Rosario purse payouts based on the sale of PPV.

Julian Williams earned ($40,000) in his previous fight against Jarrett Hurd. Williams Rosario purse payouts confirmed a week before the fight. The purse for his upcoming fight increased. No-official information provided how much income generated from the upcoming fight at Liacouras Center capacity of (10,800) at one time.

Julian Williams Guaranteed Purse ($750,000) : Williams earn estimated guaranteed purse upto $750k. The purse money won’t increase for the champions as he suffer defeat. He only collect the guaranteed purse payout. The ppv sales revenue share divided equally among both boxer. No details updated about how many people purchase the pay-per-view live event. Once the official announcement made about the ppv sales the extra bonus money information updated here which paid to both boxers.

Purse money might be increase from the estimated financial data presented in the above table. It all depends how the pay-per-view purchased and audience presence in the fighting venue of seating capacity upto (10,000) people at one time. Any changes made to the purse money of both fighters updated here later.

Rosario Knockout Williams 5th Round (12 Rounds) Rosario knockout Williams in the fifth round and become the new (WBA (Super), IBF, and IBO light middleweight) champion. Many boxing analyst predict Williams favorite for the fight but Rosario stole the spotlight from the defending champion on 18th January.

The fight telecast on FOX channel at 8:00 PM (ET). In United Kingdom, BoxNation rights hold they provide coverage in Ireland and Wales. Those who can not access the channels coverage in their country, watch the main card fight on (Fox Sports App).