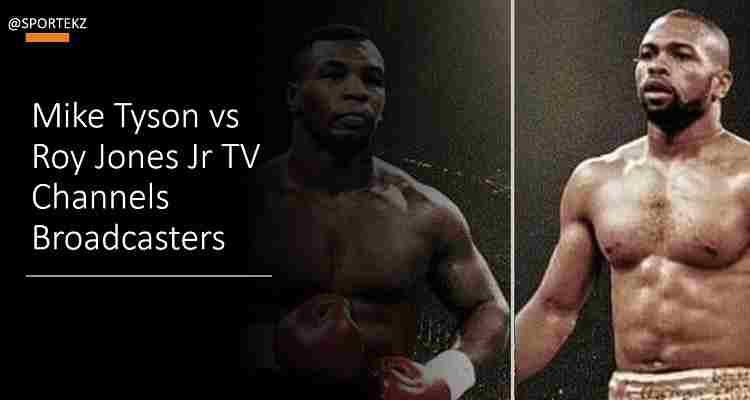 The biggest fight we are all waiting will be held in the last week of November. Mike Tyson return to the ring after long 15 years of time period and he will fight against Roy Jones Jr who retired from professional boxing in year 2018 after winning last fight from (Scott Sigmon). Mike Tyson Jones Jr stream channels for the fight announced.

The winner of the fight awarded with (WBC Frontline Battle Belt). There will be only 8 rounds of the main-event card fight. Match referee under specific instruction to stop the match if it goes beyond the boundaries of a competitive boxing exhibition. Triller (social media) app hold coverage rights for the fight in United States and BT Sports show telecast of this fight in United Kingdom. Money generated from the pay-per-view sales will paid to the both main-card boxers if it stay strong on fight day.

The complete details regarding to Mike Tyson Jones Jr stream tv broadcasters taken from trusted sources. Fight take place behind close doors all money generated for this fight comes from the pay-per-view sales. If any changes made to current broadcasting rights the details will be updated here later. Complete information based on tv channels that telecast pay-per-view fights regularly.