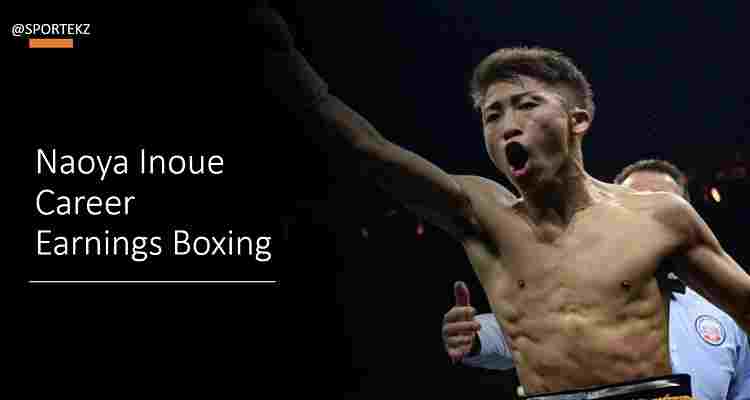 Naoya Inoue is a professional boxer from Japan currently hold winning streak of 19 fights in pro boxing career. He is three division champion and recently announced comeback to the boxing ring after 10 month wait, the fight with Jason Molooney take place behind close doors. He is currently listed among best paid boxers from Asia region. The details of Naoya Inoue net worth reported first time in year 2019, a source reported that the $5 million.

The rising star from Japan in boxing now getting big pay-per-view fights, In November 2019, Inoue become the top paid boxer from Japan after earning $1 million guaranteed purse which is disclosed, his pay-per-view share revenue not reported. A boxing news sources report that Inoue earned $2.1 million in year 2019 from two fights (Nonito Donaire and Emmanuel Rodríguez).

Naoya Inoue Purse Per Fight ($1.5 Million) : After winning fight in year 2018 from British boxer (Jamie McDonnell) the purse money increase for Inoue per fight, he start getting paid from $300k to $500k a fight during the year 2018. In 2019, he made two appearance’s in pay-per-view boxing card, He defeat Emmanuel Rodríguez in 2nd round of the fight and become the new champion of IBF and the ring bantamweight titles, the fight bring $750k reported money to his account. After five months of break, he returned in the ring in 2019, won another title WBA super bantamweight title after defeating Philippines boxer (Nonito Donaire), after their pay-per-view fight its confirmed that Japanese three division champion earned $1 million for the fight.

The complete details regarding to earnings of Naoya Inoue in boxing matches updated here after each of his fight. The next fight Naoya Inoue with Jason Moloney fight tv rights announced, the coverage of the pay-per-view hold (ESPN+) in United States.