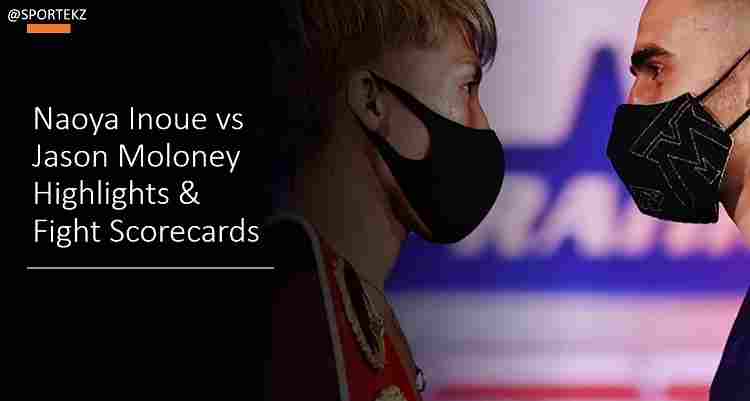 The most awaited fight card Naoya Inoue and Jason Moloney announced in the last week of October 2020. The fight take place behind close door due to covid-19 pandemic. The venue of MGM Grand Conference Center, in Las Vegas selected for the IBF and WBA bantamweight world titles. Inoue Moloney highlights and score-card will be updated after the fight.

Jason Moloney, the rising star of Australian boxing hopeful to upset the Japanese boxer on 31st October, he recently defeat Leonardo Baez, to get the title shot against Inoue. Once the fight completed, the detail regarding Inoue Moloney highlights will be provided here.

The fight ended in the 7th round Nayoa Inoue managed to get victory against Australian boxer (Jason Moloney), the fight ended on knockout decision in favor of Inoue.