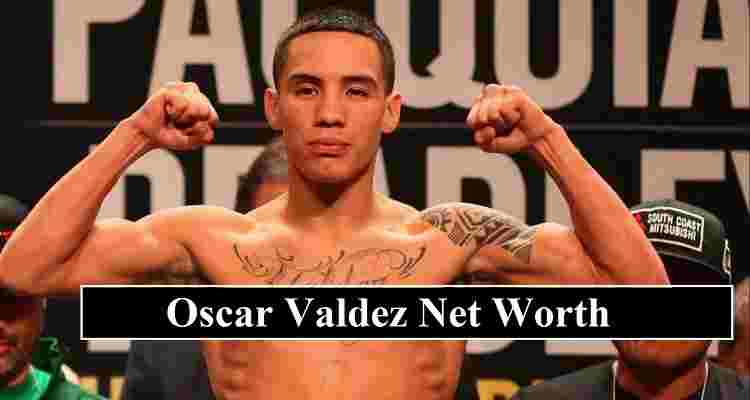 Oscar Valdez is a professional boxer from Mexico. He is currently hold boxing contract with (Top Rank) boxing promotion company. He made professional boxing debut in year 2012 after defeating home country boxer (Angel Prado). In same, year Valdez earned anther fight against (Corben Page) and defeat him in 2nd round of the fight. Oscar Valdez net worth reported $3.5 million in December 2019.

Valdez earnings in boxing increased after signing new deal with (Top Rank). He made career highest purse money so far from the fight against (Scott Quigg). A news source reported that, Valdez not only get paid money from the fight but also receive tv bonus. According to reports, Valdez made $470,000 which include $25k-$30k tv revenue. He earned $950,000 from two fights during year 2017-18.

Oscar Valdez Purse Payouts ($400,000) : Valdez currently holding $400,000 per fight purse money. In 2017 for the first time his purse money reported. According to the reported data, he received $400k for defeating Genesis Servania. Later in 2018, his next fight held with British boxer (Scott Quigg). He made $420k from the fight and also retain (WBO featherweight title).

All information based on Oscar Valdez purse payouts and pay-per-view revenue bonus gathered from top sources of boxing. The details of boxers updated here after each of his fight.