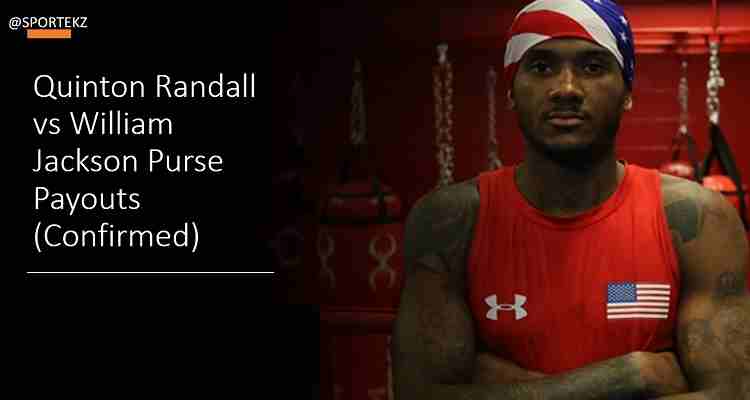 Quinton Randall, hold winning streak of 7 fights, it’s a great opportunity for 30 year old to earn title fight in future if win’s the fight against William Jackson on Saturday behind close doors.

William Jackson, in active for last three years he did not particapte in any boxing pay-per-view, In 2017, last opponent Jackson face is Tre’Sean Wiggins with whom his match ended as draw. He will earn $8,000 for return to the ring against Quinton Randall on this Saturday. Their fight take place before (Jake Paul vs Ben Askren) fight. If there will be any changes to boxers Quinton Randall Jackson purse payouts details updated here later.