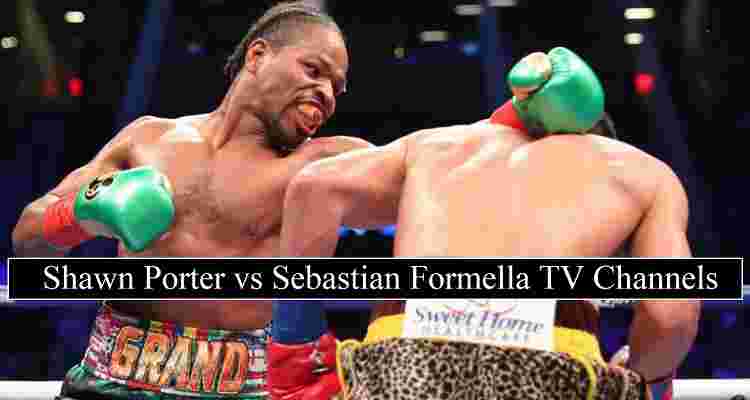 Shawn Porter, last fight held on 28 September 2019, he suffered defeat in the fight from (Errol Spence Jr) and lost the WBC welterweight title and IB welterweight title. His fight may schedule earlier before August 2020, but due to rising cases of corona-virus pandemic announced, the schedule and fight dates changed, his fight with Sebastian Formella confirmed for August 2020 behind close doors at Microsoft Theater. Porter Formella stream channels for the fight confirmed, the pay-per-view rights for this fight hold Fox Sports and Fox Deportes.

Shawn Porter hold 30 professional wins record in boxing and he is hopeful to make successful return to welterweight division on 22 August. If he managed to defeat opponent (Sebastian Formella) he will become the new champion of (WBC Silver welterweight).

Sebastian Formella is undefeated throughout his boxing career, he hold winning record 22 fights that include 10 fights results as knockout. The German boxer recently upset the opponent (Roberto Arriaza). Main-card fight between Porter vs Formella broadcast at (8:00 PM ET).

In the above table Porter Formella stream tv channels information is gathered from different sources. Only given channel show boxing matches in their territories. A source recently revealed the Shawn Porter purse per fight 2020 according to which he will $1.2 million if pay-per-view sales strong.