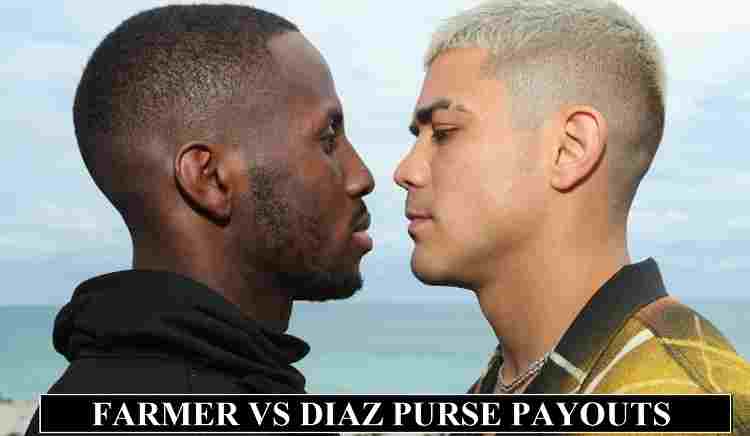 Tevin Farmer who is undefeated since 2013, facing Jojo Diaz in 2020 first fight. Farmer is defending his IBF super featherweight title this upcoming Thursday. Farmer already defended his title five times in past few years. Diaz not an easy competitior for Farmer, he suffer defeat once in his career and dominate over 30 boxing opponents. Farmer Diaz Purse Payouts will be based on sale of pay-per-view and international money.

Tevin Farmer who signed multi-millionaire contract deal with co promotional deal with Dibella Entertainment and Match Room boxing. Which means each match of Farmer telecast and streaming on DAZN. Farmer Diaz purse payouts ratio will be (60/40) for the fight which means Farmers earnings from the fight increased to $1.5 million which include tv revenue and winning bonus money.

Tevin Farmer Guaranteed Purse ($1.5 million) : Tevin Farmer earned $1 million from the fight against Diaz guaranteed purse money. Farmer will earn extra $500k which include winning bonus and tv rights and international money. The international and tv rights money never shared but it’s half of the ppv share revenue distributed among the boxers. In the fight against Japanese boxers (Kenichi Ogawa) Farmer purse reported ($70,000).

Now as he signed a deal with promotional companies he will earn big money for each fight. His match room deal according to sources worth $2 million for four fights. He earned $700k after winning fight against (James Tennyson) and same purse payout for the fight against (Francisco Fonseca).

Jojo Diaz Guaranteed Purse ($450,000) : Jojo Diaz after winning three major back to back fights in 2019 got rise in purse money. According to sources, he will make ($200,000) and his earnings increased which include the pay-per-view revenue share. He will get 40% of revenue share which means, diaz make ($450,000) overall estimated purse money for the title fight.

Jojo earned $50,000 after winning fight against Jesús Rojas according to (Boxing 24 news). Jojo Diaz make highest purse money so far from the fight against (Gary Russell Jr), he collected ($600k) even after suffering defeat from the champion.