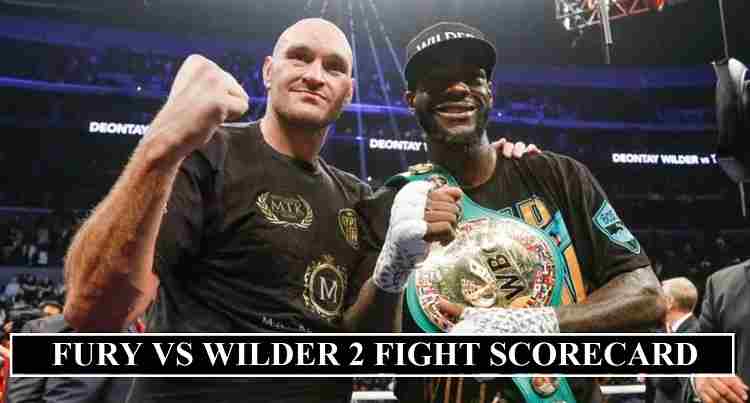 Tyson Fury and Deontay Wilder will be a 12 round heavyweight fight. If there is no knockout then decision is made on behalf of judges score. In previous fight allot of people claiming that Fury won the fight but judges last minute score card change every thing. Fury Wilder Judges Scorecard for 2020 fight updated after final round on 22nd February 2020.

In the above table you will get details of each round scorecard between Fury and Wilder re-match. The scorecard information updated from trusted sources. Here you get all the details of all six rounds judges scorecard. Fury dominate each round and in 7th round managed to knockout Wilder.

Fury vs Wilder 2020 Judges Official Scorecard : The re-match three judges from ring side will be from United States. Glenn Feldman, Steve Weisfeld and Dave Moretti are the main three judges who will count all punches thrown and their scorecard can turn the fight in favor of any boxer. The other judge that will be more active during the fight is match official (Kenny Bayless) who will play important role as match referee in ring side.