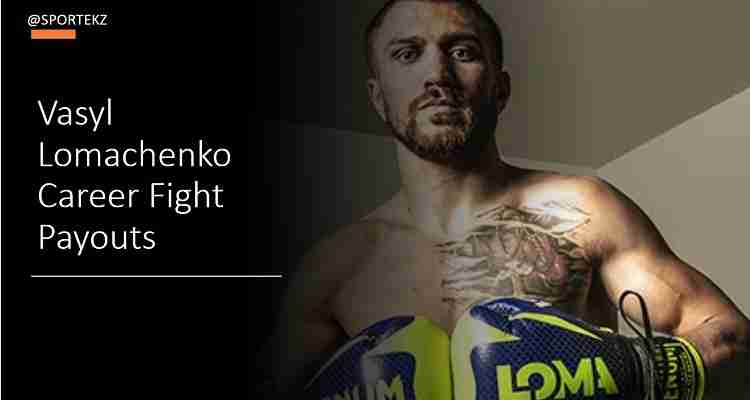 Vasyl Lomachenko is a professional boxer from Ukraine, he is currently active and return to the ring during corona-virus pandemic on 17th October 2020, his upcoming fight schedule with lightweight division number contender (Teófimo López). He is among best paid boxers in the world with earnings more than $20 million since making debut in boxing career. Vasyl Lomachenko net worth reported $8 million in year 2019.

Lomachenko holds an expensive fight contract deal with Top Rank promotions, in 2019 two fights schedule for Lomachenko, on 12th April 2019 Lomachenko managed to defeat (Anthony Crolla) and successfully retain his WBA and WBO title. After the pay-per-view card ended, both boxers purse revealed, according to the data, Lomachenko earned ($3 million) for the fight. After three months Vasyl Lomachenko return to the ring once against and defeat Luke Campbell and become the new WBC lightweight champion. He earned $3.5 million from the Campbell fight.

The upcoming fight for Lomachenko also announced, boxing news reported that he will received $3.25 million for the fight with Teófimo López and pay-per-view share reported 60%. The fight tv coverage announced on ESPN and ESPN+ in United States.