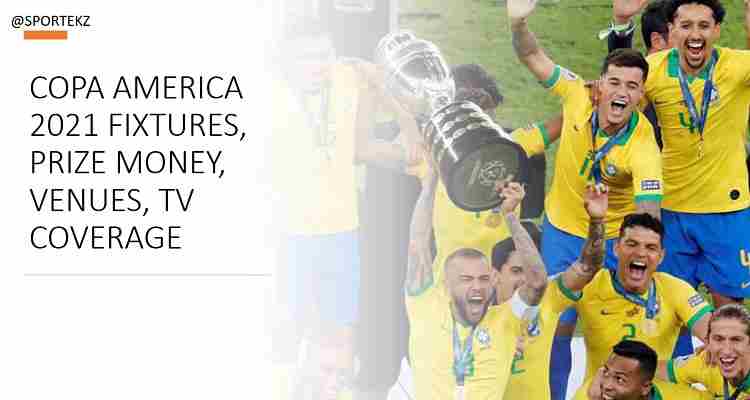 Covid-19 impact sports event worldwide, including Copa America. The event schedule for year 2020, but due to rising cases of covid-19 and pandemic announcement delayed the event date. Now, Copa America will be held in 2021 with limited number of audience, it’s second time when Brazil host the competition after Argentina and Colombia remove from hosting it. Copa America 2021 live stream channels announced worldwide.

Copa America 2021 Fixtures : Brazil, become the new host of the Copa America 2021, according to details dates or venues might changed during 14 June to 11 July 2021 for the matches based on corona situation.

Copa America 2021 Prize Money : The total prize money for Copa America 2021 reported, $19.5 million distributed among the teams. According to news sources $2 million paid to each team who qualified for Copa America this year. The winners received share of $7 million which will increased to $9 million based on participation fees..

Copa America 2021 Groups Confirmed: This year 10 teams participating and all were divided two groups, Group A and Group B consist of 5 teams each. All teams will play four matches each.