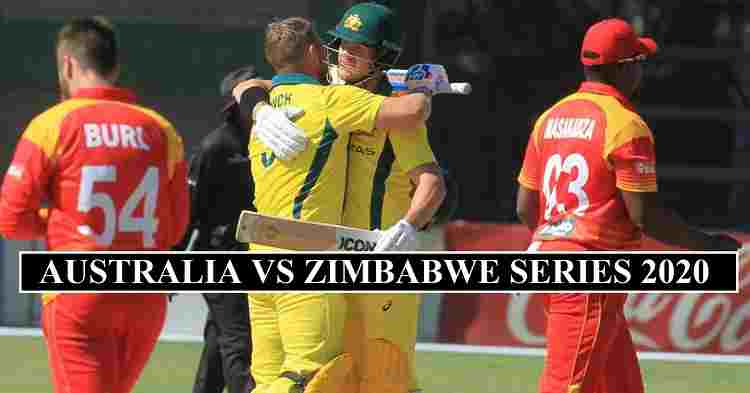 This will be the first major cricket series after Corona-Virus spread around the world. The other cricket teams schedule will be released soon. Aaron Finch the skipper of the team lead his side in three ODI series. Usman Khawaja, Shaun Marsh, Glen Maxwell, Mitchell Starc and Josh Hazlewood key players to watch for Australia.

In the above table you can see the full series Australia Zimbabwe schedule 2020. Currently no details revealed about the first two matches venue, but third match take place in Riverway Stadium, Townsville, Australia. The match coverage will be available on Fox Sports or Nine sports.

Lalchand Rajput who is head coach of Zimbabwe cricket, hopeful to give tough time to Australia. He made big changes to the Zimbabwe bowling line-up and middle order after joining the team. Craig Ervine, Brian Chari, Brendan Taylor and Sean Williams key-players to watch in the series for Zimbabwe.

All information regarding to Australia Zimbabwe series schedule, gathered from trusted sources, if any changes made to the dates or venue updated here later. It is difficult right now to say that audience will attend or all match played behind the close doors.