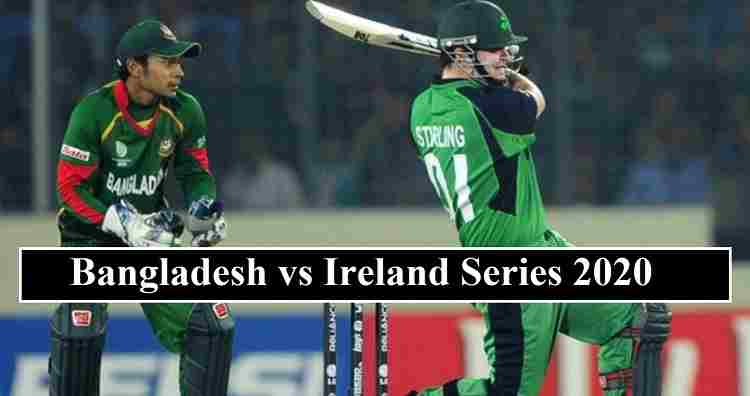 Bangladesh currently playing home series against Zimbabwe, their next series schedule with Ireland. Bangladesh tour to Ireland and England during May 2020. The series fixtures announced, the first match Bangladesh played is against Ireland Wolves. Bangladesh Ireland Schedule 2020 confirmed for 3 ODI matches and 4 T20 matches.

The series is quite important for both teams, because it play vital role for their position in ICC Cricket World Cup Super League 2020-2022. The world super league 2020 starts from May with Bangladesh Ireland Schedule 2020. Later, Sri Lanka play their matches against South Africa. It is a road to ICC World Cup 2023 process for the teams.

Andrew Balbirnie lead his side in the home series against Bangladesh. Andrew Balbirnie holds captain position in all three format (Test, T20 and ODI). William Porterfield and Gary Wilson key players to watch in the series of Bangladesh vs Ireland in 2020. If any changes made to the series schedules updated here later.