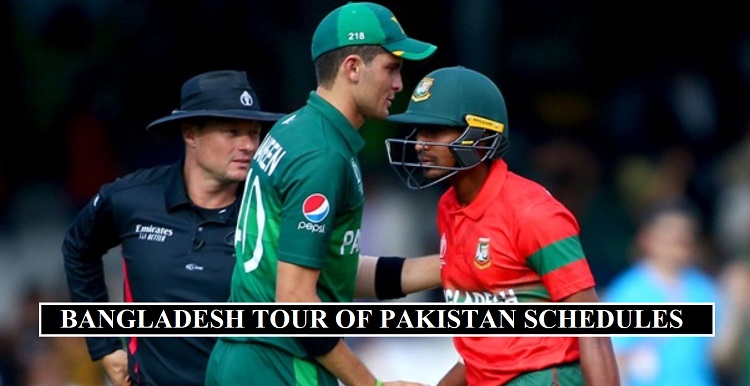 After refusal to do tour to Pakistan, Bangladesh finally accept to play two test, one odi and three t20’s in Pakistan. The venue selection on base of security take’s time but now confirmed all three T20 matches played in Lahore. Test match played in two different cities of Pakistan (Rawalpindi and Karachi). Pakistan Super League starting also began from 20th January which means some players miss the early fixtures of tournament. Bangladesh vs Pakistan schedule confirmed for 2020.

Bangladesh hosting two T20 matches (World XI vs Asia XI) all teams players of cricket association can play. Only Pakistan players not included in the squads. The Bangladesh cricket board earlier given hint to PCB that they are not interested to do the due to security issues. Bangladesh will be the 2nd team after Sri Lanka who are playing in Pakistan. Bangladesh vs Pakistan schedule for series confirmed after mutual understanding of both cricket boards.

Babar Azam the skipper of Pakistan team hopeful to have great home series. Pakistan fan’s welcome cricket back in their home. PCB security setup looking aggressive after each series. All three T20 played in Lahore, while in upcoming series some matches will transferred to Faisalabad, Peshawar cricket stadium.

Bangladesh looking to play short-format cricket series to stay maximum 6-7 days in Pakistan. But PCB officials said that visit would include 2 match test series which is set in the ICC test championship 2019-21.