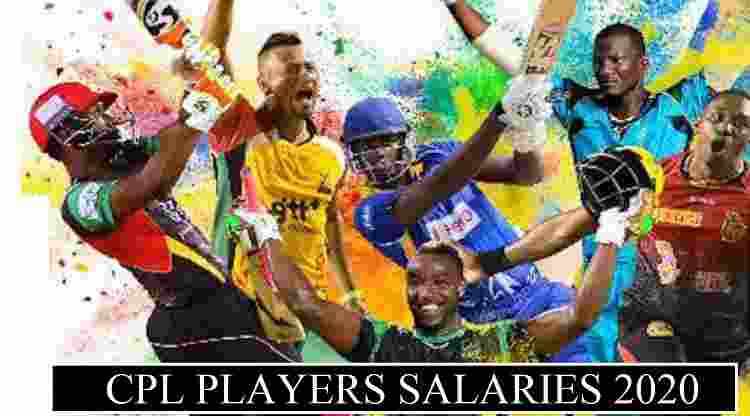 CPL 2020, the first major cricket league that began after coron-virus pandemic. Before this Pakistan Super League playoff’s called due to rising cases on corona-virus in Karachi and other cities of Pakistan. How much salaries paid to cricketers who signed with league teams in CPL 2020. According to reports, in 2019, Alex Hales and Lasith Malinga made to the highest paid list with ($160,000) salary in the season. CPL Players Salaries 2020 will be bit higher than previous season.

Currently no information regarding, fans attendance in the stadium reported, mostly matches played behind the close doors and players salaries also decreased compare to previous season. The given salaries based on pay-cuts (10%, 20%, and 30%) for 2020 CPL season.

The details based on players earnings based on their previous contract with Caribbean Premier League franchise. The players last year making $160,000, after pay-cut they will make maximum ($112,000). The pay-cut confirmed for top contract hold for some teams (30%).

CPL players who are making less than, $20,000 will not get any pay-cut. Rashid Khan, Chriss Lynn, Andre Russell and Dawyne Bravo hold $160,000 contract with franchises. The wage-cut decision for cpl players salaries 2020 taken due no crowed attendance. Mostly money this year in the season made from the tv broadcasting rights.

All information regarding to CPL players salaries 2020 gathered from top sources of cricket detail of players updated if any of the above player won’t play the season.