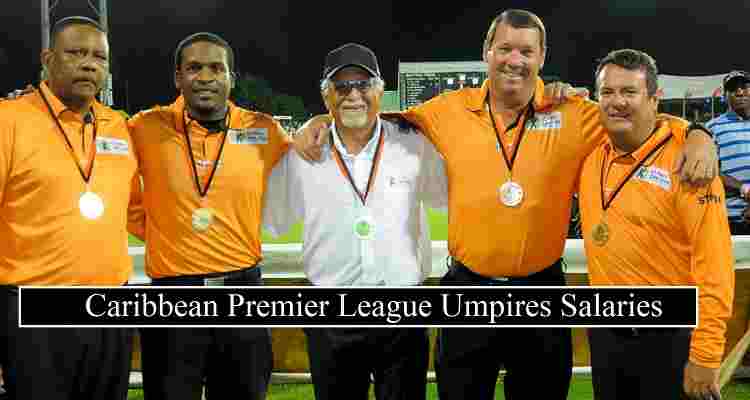 This year, league take place during covid-19 which means there will be no audience in the match. The big amount of money cricket leagues earned from gateway income generated through ticket sales. How much it impact the salaries and CPL revenue it’s difficult to predict now. Currently no information regarding to CPL umpires pay-cut announced. But some teams, asked the players to get (10%-30%) pay-cut.

The above detail regarding CPL umpires salaries in year 2020 gathered from trusted sources. There is no information reported about the development program of match umpires just like Pakistan Super League and Indian Premier League hold program for future umpires. In Pakistan Super league development program umpires earn ($400) per match if they got selected for PSL game.

Not all match officials earnings were same, the tournament fees depends on the selection match officials for the matches. The umpires in CPL do get paid from sponsors but currently no information regarding to that reported so far. In IPL umpires hold official contract earned $10,000 from sponsorship.

This year most of the money generated in the league will come from international broadcasting rights revenue. CPL tv channels 2020 rights sold worldwide that helps the league to collect international money.