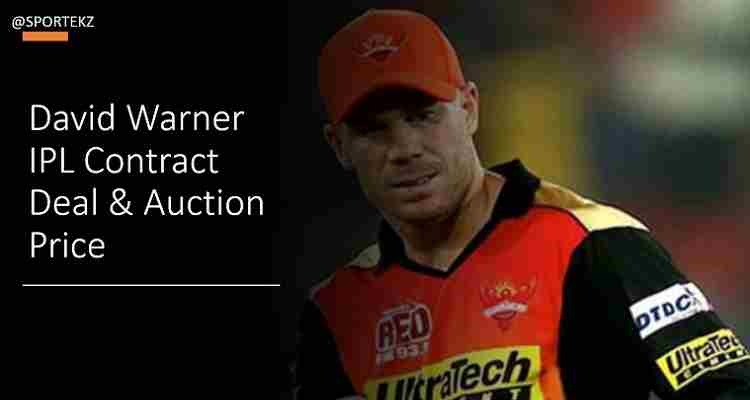 Australia cricketer one of the best left handed batsman currently active in cricket, is listed among most valuable cricket players Indian premier league. The 33 year old batsman with record five thousand runs in International ODI cricket matches, purchased by Delhi Daredevils in 2009 IPL auction. He scored 163 runs in the first season IPL with Delhi Daredevils. David Warner IPL contract currently in progress with Sunrisers Hyderabad as skipper of the team.

In 2014, IPL auction things changed for Warner completely he moved to golden category of players awarded contract worth of $900k. Warner is among most successful batsman who played in Indian premier league. He scored (4706+ runs) in all IPL season.

In IPL, he is the only batsman who hold record of most orange caps, he is leading run-scorer alongside Virat Kohli, Rohit Sharma, and Suresh Raina. He did not played the season 2018 IPL, even after being retained and selected as captain of Sunrisers Hyderabad. A source reported that, he stepped down as captain due to “ball tampering” incident at South Africa. Later after that BCCI board announced that Warner is not allowed to participate in 2018 season.

David Warner IPL contract deal with Sunrisers Hyderabad in 2020 worth of ($1.7 million) which made him best paid player overseas after Ben Stokes. The details regarding to his IPL salary and contract collected from top cricket sources. If he signed with another team in upcoming IPL season details updated here later.