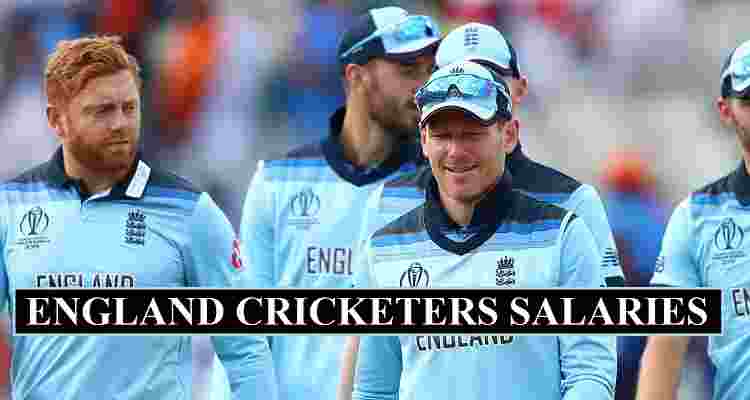 In the above table you can see the England cricket players salaries on base of their annual central contracts. The details of England players earnings from the gathered from trusted sources. A reported revealed about three types of contracts and their annual worth. According to their data, players who earned test contract make (£650,000) maximum, those who selected for white ball contract earn (£300,000) a year and increment contract holders based on players performance and earn maximum (£200,000) at the end of each year.

As you see in the given table some player earn £950,000 to £1.25 million a year. These cricketers hold contracts both test and white ball. Eoin Morgan earn £1 million which include 25% captains bonus and same amount paid to Jos Butler he leads the team in ODI and T20 matches. After winning world cup 2019 last year England cricketers earnings increased. The test fees players earned upto (£18,000) but after being selected for Ashes salary doubles and each player earn (£20,000) per match.