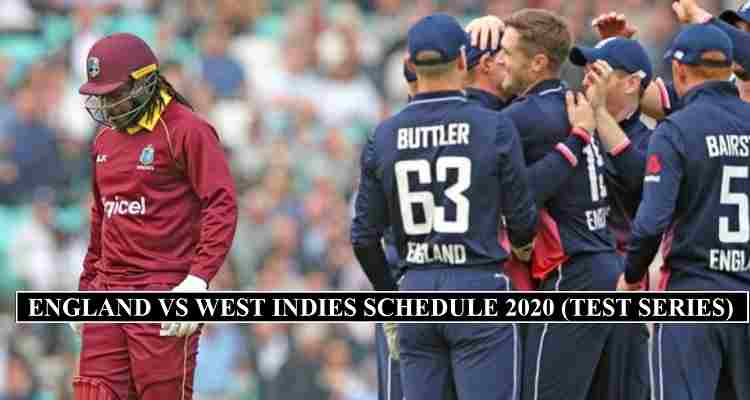 After Australian cricket board announce their schedule for rest of the year, England do the same. West Indies, tour to England, impact the points difference on ICC test championship that is on going, currently India and Australia are leading, but win in the three test series bring England, closer to Australia and India in points table.

Its a must win series for England to retain in the race for test championship. Their current points are (146) and stand on 4th place after New Zealand. Jos Buttler may lead his team in series as skipper. Eoin Morgan, Ben Stokes, Joe Root, and Jonny Bairstow key players to watch in the series for England.

No details revealed, about the spectators for the matches, due to rising cases of corona-virus, all matches played behind the close doors. The details of England vs West Indies series schedule gathered from trusted sources. If any other fixture of England cricket team or West Indies cricket announced the details will be available here later. Sky Sports mostly hold the cricket coverage in England and Wales.

ESPN mostly show the coverage of the cricket matches in (Caribbeans) but it’s not confirmed that West Indies tour to England broadcast live on ESPN. Star Cricket will provide the coverage in India. BBC hold the free broadcasting rights for England matches in United Kingdom. More channels information updated, before the series take place in July.