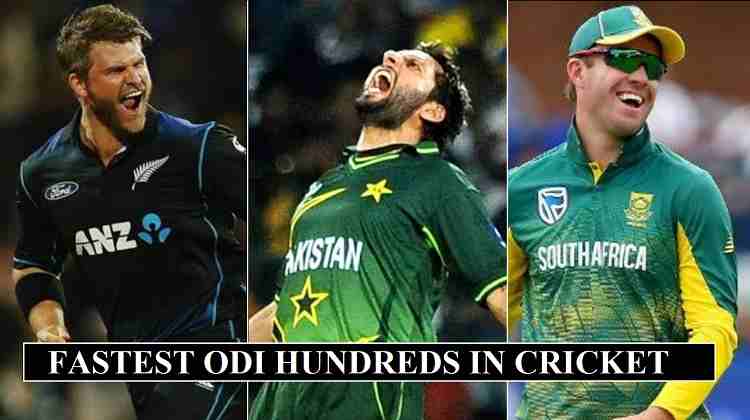 There are some cricketers who are well known for their fast batting style. Ab de Villers, Virat Kohli, Rohit Sharma, Shahid Afridi, and Corey Anderson all these cricketers set fastest odi hundreds records for their teams. Shahid Afridi holds the record for a decade.

The current list of Fastest Odi hundreds lead by South Africa most dominated skipper and batsman (Ab de Villers). He scored 100 on 31 balls against West Indies in 2015.

The trend of fast hitting in cricket set by Pakistan all rounder Shahid Afridi. He is the first player to scored 100 on 37 balls against Sri Lanka. He bring his name in the list twice after scoring 100 on 45 balls against India. The record broken in 2014, for the first time since 1996 by New Zealand all rounder Core Anderson.

The information all these top 13 cricketers who scored fastest centuries in cricket gathered from trusted sources of Cricket. If in future any other cricketer set the record, the details will be updated here.