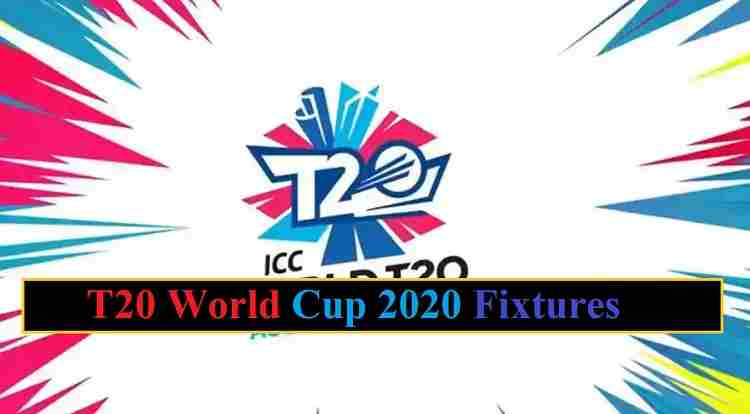 Two groups created for the qualifiers team Group A and Group B. Sri Lanka, Bangladesh, Ireland and Scotland predicted by many cricket pundits and fans to join the other top 8 qualified teams for ICC Mens T20 world cup 2020. The information regarding to T20 world cup 2020 fixtures collected from top sources of cricket.

In the above table all match fixtures of ICC mens T20 world cup updated. Some teams not qualified yet once their qualification confirmed for the tournament updated here. Pakistan, New Zealand, West Indies, and Australia drawn in group 1 of Super 12.

There are no details updated how much prize money paid to each team. But according to reports the winners share will received ($3.5 million). T20 world cup 2020 runner-ups received ($1.5 million) as per sources confirmed.