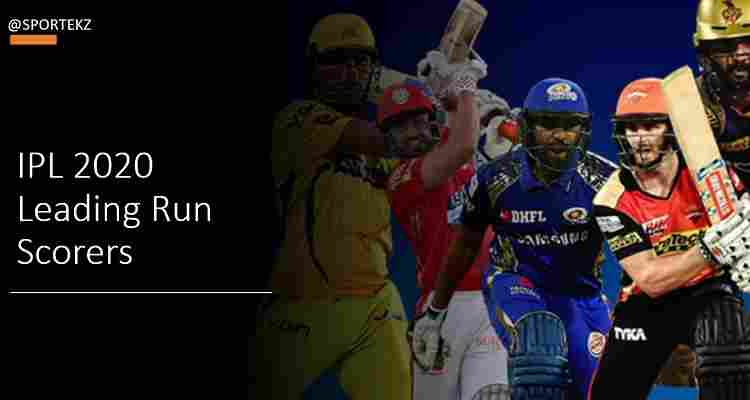 IPL 2020 season kickoff on 19th September, Virat Kohli will back in action who hold the record of highest runs in Indian premier league season. According stats and details about his runs in IPL, Kohli managed (5,412) runs since 2008-2020. Suresh Raina, who did not participating in the IPL 2020 season hold second highest runs record. IPL 2020 leading run scorers list updated after each match and innings of the team.

Rohit Sharma lost the lead in run scorer table, after holding in first seven fixtures, KL Rahul proved why he become the best paid Indian cricketer in IPL, Shikhar Dhawan back in form score two consecutive 100 that helped his team to reached the target of 164 in match, he is the only player who crossed 200 runs mark in two consecutive matches this season IPL. KL Rahul currently leading run scorer in IPL 2020 with (540 runs) record in 10 matches.