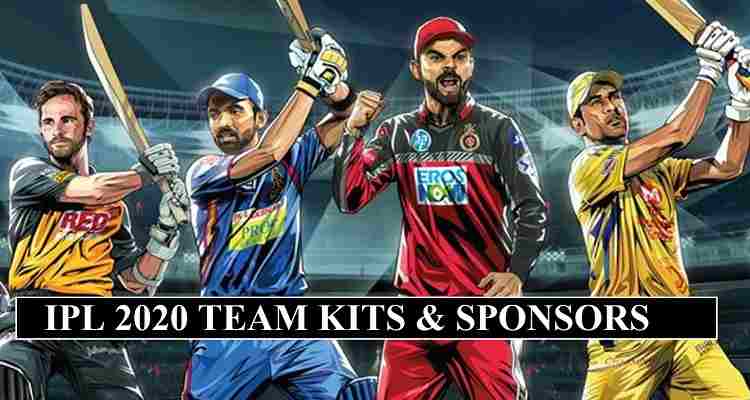 IPL 2020 schedules confirmed, the event began from last week of March. The official jerseys of team gets some sponsors and unique designed feature this year for IPL team shirts. All IPl 2020 team kits were confirmed and released a week before the official tournament began. The first team who’s kit is revealed a week ago Royal Challengers Bangalore.

RCB 2020 Indian premier league kit designed by (Zeven). Zeven is official manufacturer for the Royal Challengers kit since 2016. Before that season Adidas design the kit for Royal challengers in IPL. The kit feature in two colors red and black. The logo of team printed in gold color while all sponsors text written in white color edition.

Mumbai Indians signed new players for the IPL 2020 in draft. The principal sponsors for 2020 season are (Samsung and Colors). Their new kits feature blue color and the stripe designed printed in navy blue color. The sponsor text printed in white color edition.

Sunrisers Hyderabad made number changes to their side and bring new players in the squad from IPL 2020 draft. Their kits were revealed a week ago. Sunrisers Hyderabad shirt featured in Orange and black color and prime sponsor of the shirt for 2020 season (JK Lakshmi Cement).

All information based on IPL 2020 teams kits gathered from trusted sources, if any changes made to the jerseys of the IPl team later updated here.