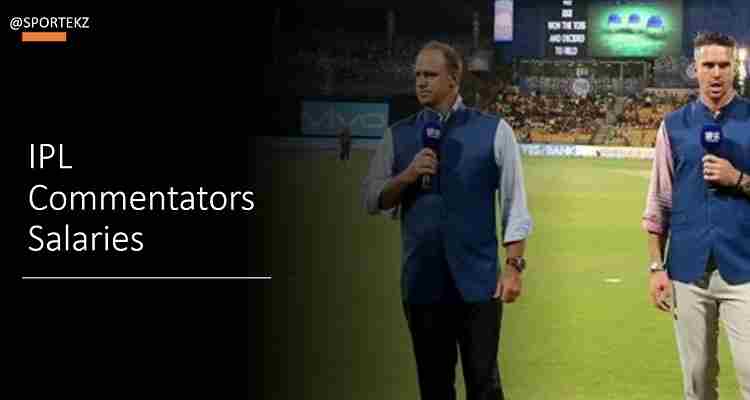 The tournament announced for the month of May to April 2020 before T20 world cup but corona-virus pandemic changed every thing this year cricket calendar. Cricket series dates changed from May to October and IPL that began in May started on 19th September will end in November 2020. IPL commentators salaries were revealed in year 2018.

Harsha Bhogle IPL Base Fees ($500,000) : Harsha Bhogle listed among one of the best commentators of India and in cricket. He is active for long period time in cricket as commentators and interview some of the top cricketers and legends. He holds top contract deal with IPL after BCCI announced commentators panel in 2020.

The details regarding to IPL commentators salaries in 2021 taken from top sources of cricket. If any new member joined the Hindi or English panel details will be provided here.