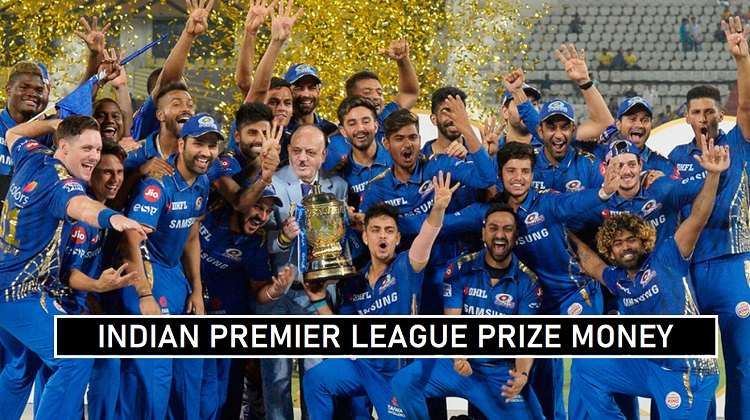 Indian Premier League become the expensive and biggest cricket league in the world. IPL teams recently signed many big name players on massive salaries. The prize money for the upcoming tournament increase with rise in popularity. Recently new sponsors joined the league and more sponsors for 2022 season looking to established their brands with IPL.

IPL champions of 2022 received the prize money ($2.9 million). Runner-ups who lost the final earn ($1.8 million). Third and fourth place team get paid ($1.3 million). Total prize money $7.2 million is adjusted which might increase upto $8 million for the 2022 season. Currently no official updates provided about increment for the prize money 2022 IPL.

The other teams don’t received any prize money. According to the rules of the Indian premier league half of the prize money is distributed among the player which almost (50%). Recently IPL signed expensive television rights deal which might play key factor for the increase of prize money.

The above details about the prize money for the Indian Premier League season is taken from trusted sources of cricket. All financial information taken from (Cricket Zine, India Today, SportStar, Times of India). Any changes to the IPL fund for 13th edition will be updated here. Stay tuned for more updates from the IPL season 2022.