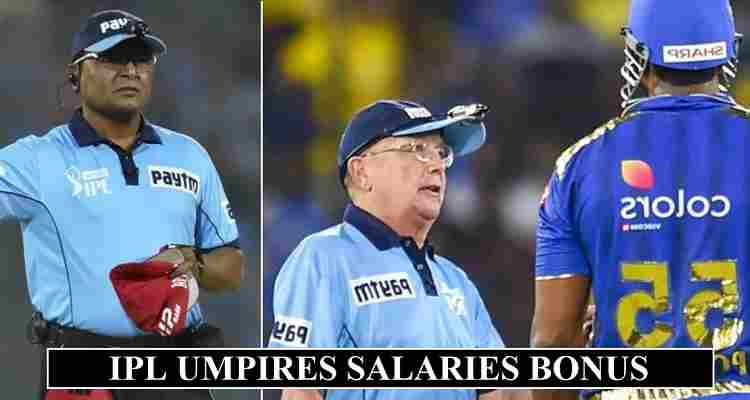 In the above table you can see IPL umpires salaries for year 2021. Elite panel umpires earn maximum and got selected most of the times in IPL match. Elite panel umpire maximum earn $30,000 each season because not selected for all matches. Development program umpires are selected for replacement if any umpire not fit to judge the game. The replacement umpire from development program earn ($800) per match but not offered any addition bonus or contract.

IPL field umpire Salary ($3,000) : The umpires who got selected for the field umpiring earn ($2,300 – $3,000) each match of IPL. In 2013, Umpires wear sponsor shirt from (McDowell’s No.1). Before that King Fishers sponsored umpires for first five season upto ($15 million) package. Currently (Paytm) sponsor the shirts of Umpires. Umpires do get paid for wearing sponsor shirt upto ($10k) each season.

All information regarding highest paid umpires in IPL based on their selection. Most of the umpires selected for IPL matches since 2009-2019 season. Not all umpires earn $30,000 season earnings it’s based for how many matches they got selected.