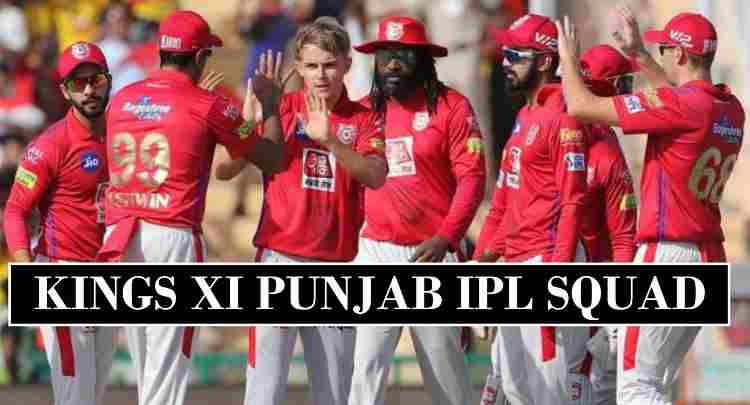 Kings XI Punjab reached the playoff’s only once in Indian Premier League in first edition 2008. The team owners spend big money to make stronger squad before the season IPL began. In 2014, KXIP shocked many cricket pundits with their performance reached the finals and ended as runner-ups. KXIP ipl squad selected for the 2020 season held in march.

KL Rahul, Krishnappa Gowtham and Karun Nair among the best paid players in KXIP ipl squad for IPL. Krishnappa Gowtham joined the team after IPL draft picks. Anil Kumble selected for the head coach position. Chris Gayle retain by the team of Punjab for another season.

In the above table you can see the 16 men squad that will be part of Kings XI Punjab in Indian Premier League 2020. Anil Kumble coach of them team did not spend big money this year only bough young talented local players. Chris Gayle, Hardus Viljoen and Nicholas Pooran key foreign players in squad of KXIP.

The given salaries information gathered from trusted sources of cricket. Some players contract not extended as they not agreed to play Indian Premier League. If any changes to players wages made during the season updated here later.