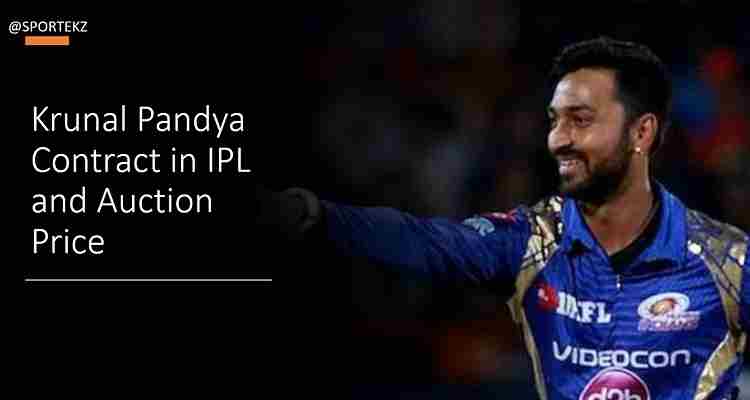 In the debut season Indian premier league 2016, Pandya manage to score 237 runs and took 6 wickets in first season that bring him in the spotlight of cricket analyst. He later retained by Mumbai Indians for another season and his salary increased from $285k a year to $1.2 million.

The average score per match of Krunal Pandya increased from 20 runs to 33 runs a match that help him to score 900+ runs as all-rounder. He earned his spot in Indian cricket team after getting 24 wickets and scoring 300+ runs in season 2018 and 2019.

The above details regarding to Krunal Pandya IPL contract deal with Mumbai Indians based on his guaranteed salary for playing matches in 2020.