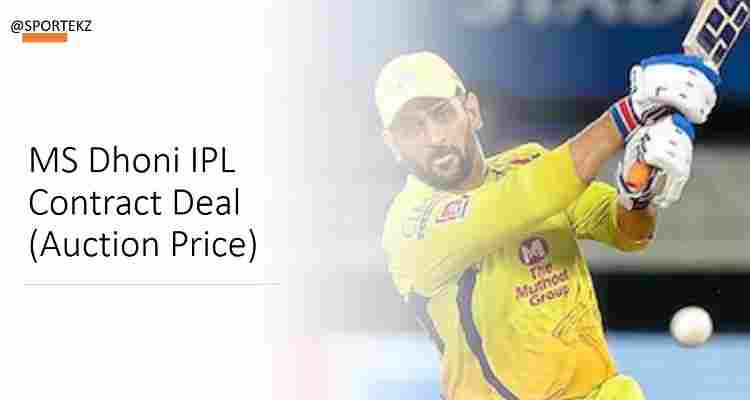 The ex-Indian team captain (MS Dhoni) hold the second most expensive contract deal in Indian Premier League season 2020. It’s been reported that he earned $2.1 million a year. His pay in IPL decrease from $2.5 million a year $2.1 million. The first contract he earned with Chennai Super Kings is upto ($1.5 million) a year. That made him most valuable Indian player in IPL season 2008. MS Dhoni IPL contract currently in progress and play season 2020 of Indian Premier League.

After the team of CSK got suspended from Indian Premier League season, he is signed by (Rising Pune Supergiant) and they made him captain. According to news sources, he earned base salary upto $1.9 million in year 2016. He is considered most successful captains in IPL and in Indian cricket team.

In 2018, Mahendra Singh Dhoni returned to Chennai Super Kings and also get back his captains badge. He managed to score 455 runs in the IPL 2018 season. In 2020, MS Dhoni IPL contract value to $2.1 million after CSK retained him for another season. The complete information based on MS Dhoni yearly salary collected from trusted sources. If he retained with IPL team next season or retired the details updated here later.