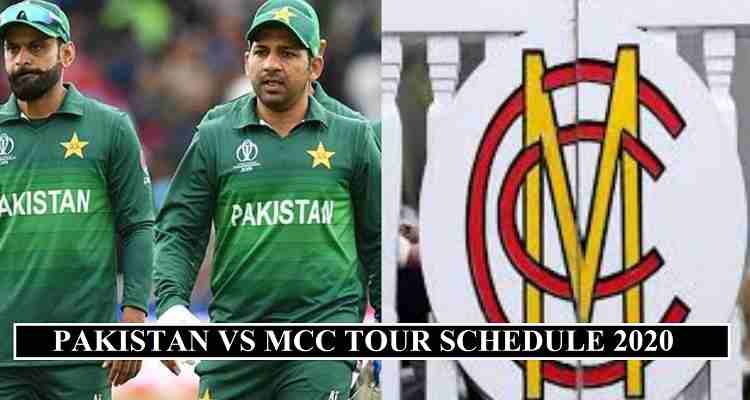 PCB confirmed the schedule for the Marylebone Cricket Club’s (MCC) for February. The match venue for the series selected for Lahore, Pakistan. The series between MCC and Pakistan based on One ODI match and three T20’s. The first T20 match schedule for 14th February and last match of the series played on 19 February. Pakistan vs MCC schedule based on the security condition in the country.

In the above table you can see the currently confirmed fixtures for the Marylebone Cricket Club tour to Pakistan in 2020. The first match is T20 format they play against Lahore Qalaendars PSL team. MCC 2nd match schedule between Pakistan domestic cricket team (Pakistan Shaheens) for ODI 50 overs. The last match before they taken on Pakistan nation cricket team played against PSL team (Multan Sultans).

PCB confirmed the fixtures but the above schedule based on the friendly matches MCC played during their tour. Pakistan vs MCC schedule released later in February. The matches telecast live on PTV Sports in Pakistan. MCC visiting Pakistan after 48 years.