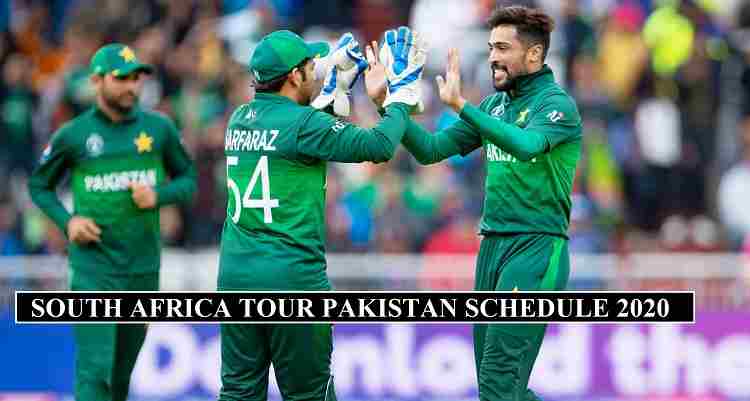 South Africa looking forward to complete their tour this year to Pakistan. It looks like International cricket slowly coming back to Pakistan. After Sri Lanka and Bangladesh, South Africa is third team to play the series in Pakistan. But, currently no details given when the series, began but according to sources in March three T20’s might played in Rawalpindi. Pakistan South Africa Schedule dates confirmed in March 2020 by PCB and CSA.

All matches schedule after the Pakistan super league completed. PCB is hopeful that South Africa cricket team visit Pakistan in next few weeks and looking for the good news from the opponent side. The schedule and tickets information released once the both confirmed the match dates and venues.

The match dates and venues updated soon here. All matches will be telecast live on PTV sports in Pakistan. Supersport provide coverage of the matches in South Africa and Sub-Saharan.