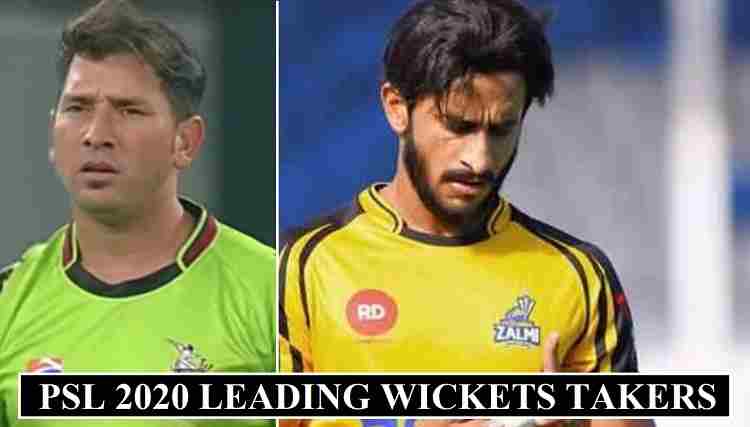 In the given table is the list of bowlers who take most wickets in Pakistan Super League 2020 so far. Mohammad Hasnain the rising star of Pakistan cricket currently leads with 4 wickets 2 matches he bowl overs with economy of 6 runs per over.