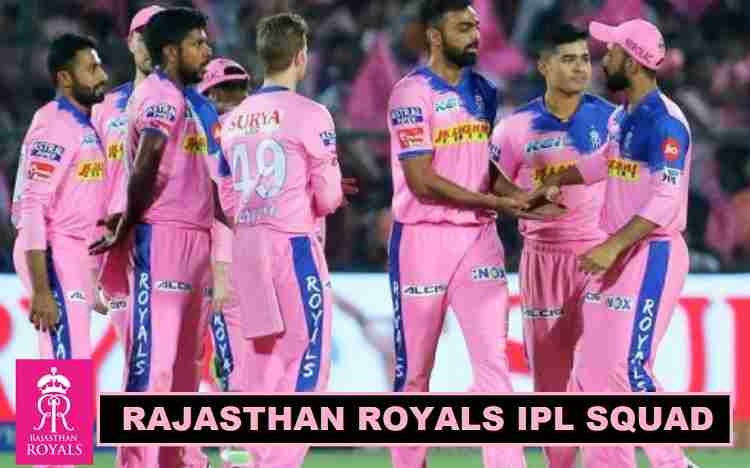 Rajasthan Royals IPL squad consist of 15 players while most of the players released and unavailable for the season. Ben Stokes and Steve Smith two highest paid players retain by them. While purchased Ankit Rajpoot, Rahul Tewatia and Mayank Markande in the draft pics.

Steve Smith selected as the captain for the Rajasthan Royals IPL squad for 2020 season. Ben Stokes with base salary of ($1.8 million) join the highest paid IPL players list for 2020. More details about the players and draft picks in the given table above.

David Miller may join later the squad of the Rajasthan Royals in the season. Many players are in-active due to international matches. Andrew McDonald making his fifteen men squad stronger for Indian premier league. In 2019, Royals retain 16 players and release 9 players.

Last season for few matches (Ajinkya Rahane) selected as the team captain but after return of Steve Smith in the squad. Captain position offered him back due to poor results of team. Rajasthan keep the top bowlers like (Jofra Archer) after his outstanding performance in world cup 2019.

All details of Rajasthan Royals from players to their contracts and salaries taken from trusted sources of the Indian premier league. If any changes made to the squad that updated here later.