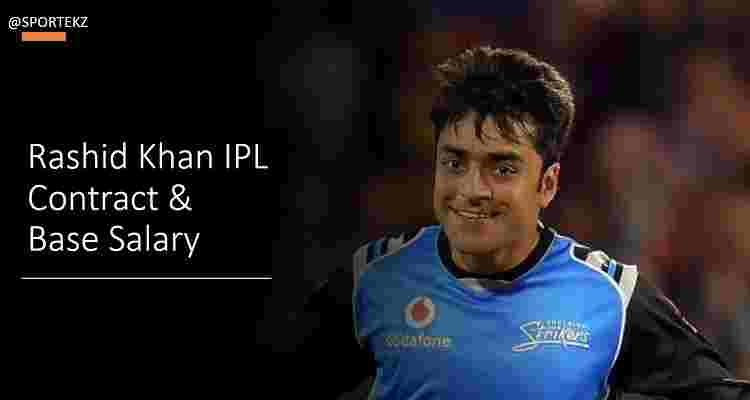 He did not performed well as all-rounder so far for the team of Sunrisers, in batting but bowling stats shows his worth in short-term cricket leagues. In the first season Khan conceded 358 runs and took 17 wickets and joined the leading wicket takers of IPL season 2017.

Khan set new record for the team of Sunrisers after getting retaining contract. He took 21 wickets in season 2018, that made him most popular spin bowler of Indian premier league season 2018. Khan earned his first purple cap of the season in IPL during 2018 after taking 21 wickets equal to his team (Siddarth Kaul) but on average runs and better economy awarded purple cap. The above details regarding to Rashid Khan IPL contract deal with Sunrisers Hyderabad taken from trusted sources.