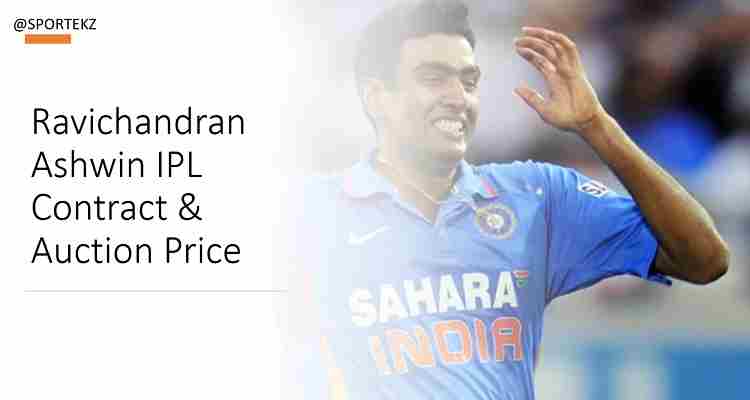 Ravichandran Ashwin listed among best all rounders of India, In 2009, Ashwin made his IPL career debut and earned the base salary or $18,000 in the start of Indian premier league career. Chennai Super Kings signed him and retained him for seven season. Ravichandran Ashwin IPL contract deal with Delhi Capitals made him best paid player with annual pay to ($1.1 million) a year.

He won two major title with Chennai Super Kings in 2010 and 2011. His pay rise from $18,000 to $532k a season in 2011. Ashwin did not participate in season 2017 due to his injury, Ravichandran Ashwin IPL contract currently in progress with Delhi Capital.

Complete details regarding to Ravichandran Ashwin salary in Indian premier league taken from trusted sources, if 33 year old decided to play future season with Delhi Capitals or bought by another team IPL 2021 draft details will be provided here.