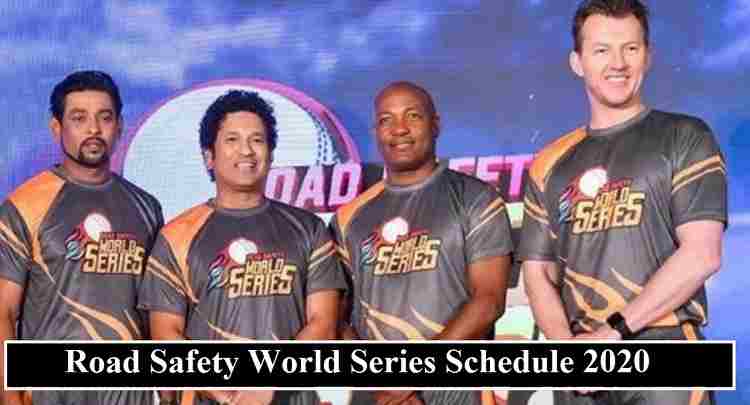 Once again some best cricket players seen in Action on Indian cricket stadium. Most of the matches take place in Mumbai including final while 3-4 four matches suggest for Pune. Virender Sehwag, Yuvraj Singh and Ajit Agarkar all were included in the Indian team squad.

The format for the Road Safety World Series, is T20. Many of the players retired before the T20 format announced in the International cricket. Brett Lee, Nathan Reardon, Shane Lee, Travis Birt and Brad Hodge all were part of the Australian legends team.

The final match played a week before the IPL 2020 opening ceremony take place. The information about the match schedule and venue gathered from top sources of cricket. If any match transfer to another City during the series, the details updated here later. The official Road Safety World Series 2020 Channels announced (Colors Cinplex) hold coverage rights.