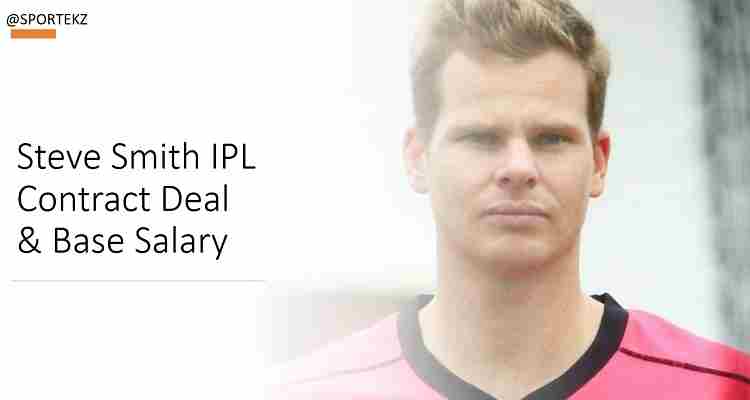 The Australian professional right handed batsman currently active and playing all kings of cricket league worldwide. He played for top teams Sydney Sixers, Pune Warriors and Barbados Tridents. He made pro debut In Indian Premier league year 2010, according to reports his contract with RCB in 2010 worth ($20,000). Steve Smith IPL contract deal with Rajasthan Royals made him best paid player in the league in 2018 auction.

Before joining the team of Rajasthan Royals, he played for other IPL teams (Pune Warriors, Kochi Tuskers Kerala, Royal Challengers Bangalore). In 2015, Rajasthan Royals made him the captain of the team and his pay in IPl rise to ($600k).

All information of Steve Smith IPL contract deal with Royal Challengers, Kochi, Kochi Tuskers Kerala, Pune Warriors and Rajasthan Royals taken from top cricket sources. He so far made $3.75 million from his IPL contract since 2010-2020.

It is not confirmed yet that, 31 year old extended his stay another year in Indian premier league season 2021. He is seventh highest paid cricketer in the world with annual earnings $7.5 million including sponsorship money and cricket league payouts.