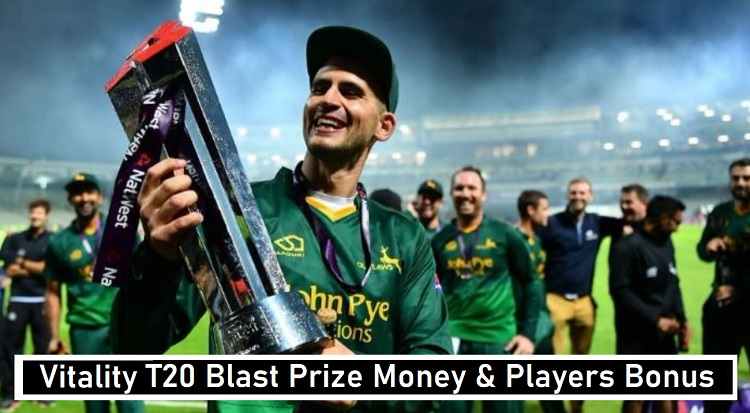 Vitality Blast T20 prize money for 2022 tournament not confirmed yet. The prize fund you see in the given table is from previous tournament and this how the it distributed among the winning team and players.

The cricketer who player of the match award in final received £2,000. Highest cash prize award is for the player who received man of the tournament, collect (£5000). There might be changes in the prize money currently no information provided. Big Bash League prize money 15% more for the winners compare to Vitality blast winners.

All the financial information of the tournament (t20 blast) prize money gathered from trusted sources of cricket. The information based on public reports, forum posts and new’s articles.